Months ago, one of my students, Julie, brought in a collection of Spool Pets trading cards...this was the inspiration for this blog!

Bias tape and notions cards were a popular advertising means to promote buying a manufacturer’s other products. Clark's O. N. T. Thread was one of the largest producers of trade cards during the late 19th Century. It was a marketing method that they would continue using into the next decade. 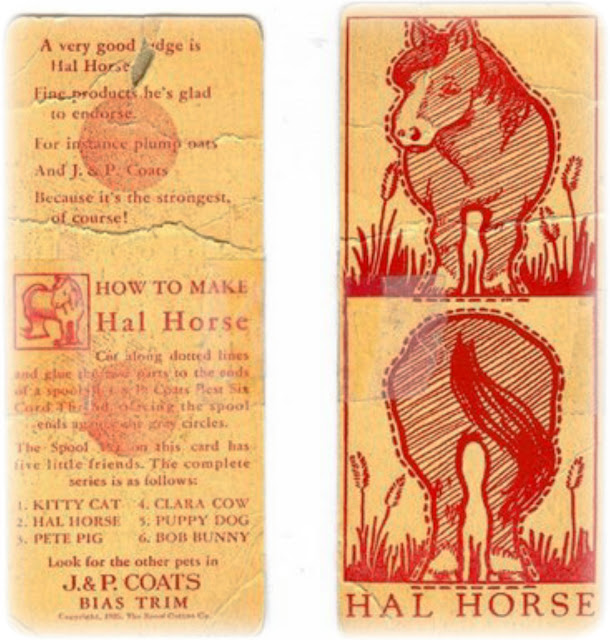 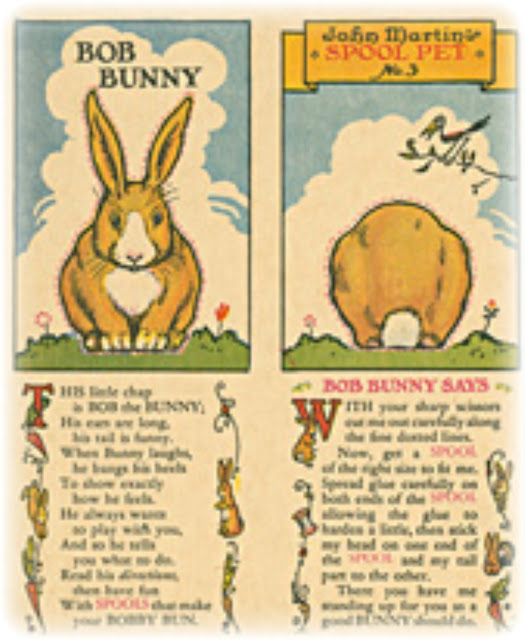 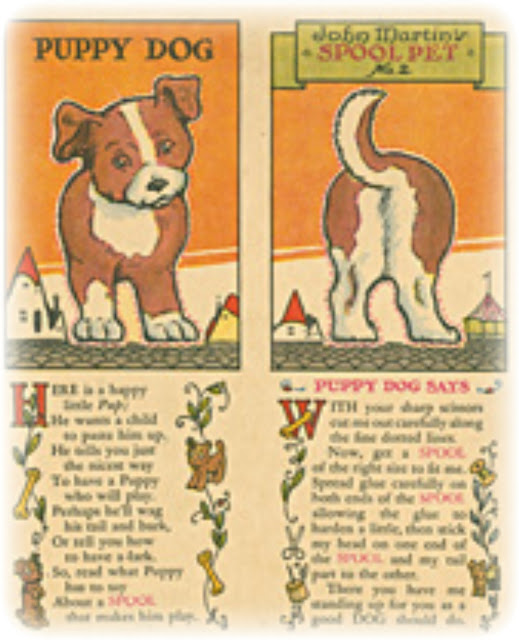 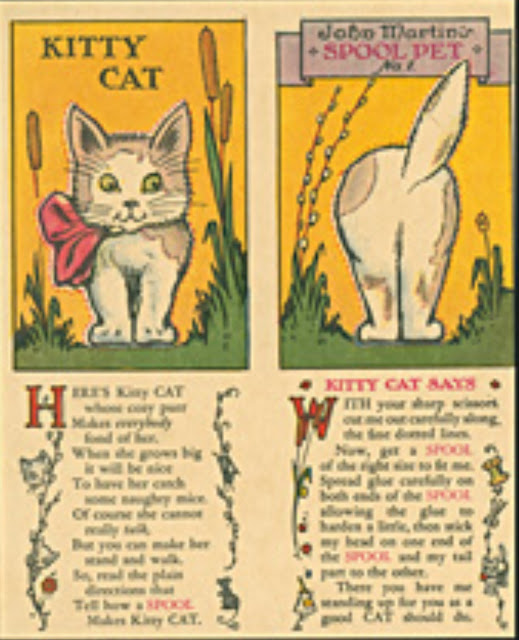 In 1931 Spool Zoo was advertised in Good Stories. This set offered a fox, bear, zebra, lion, elephant and hippo. 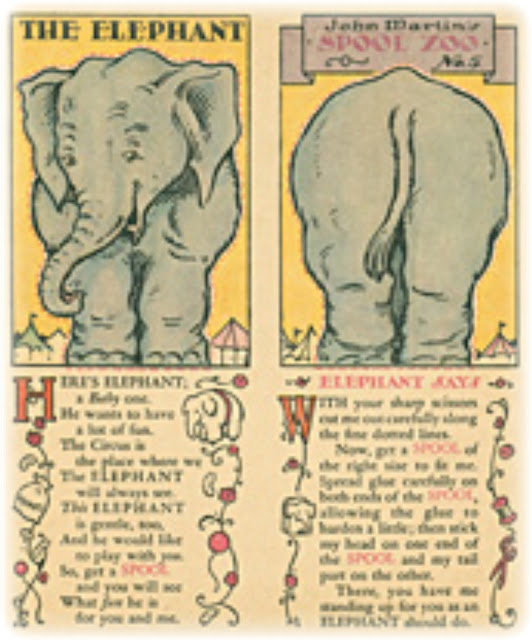 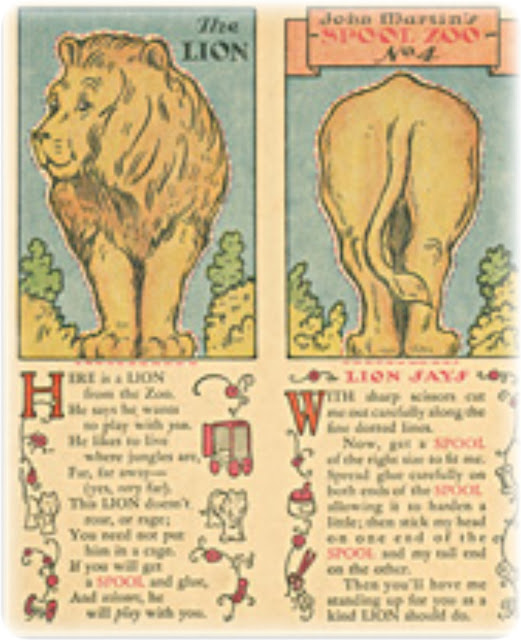 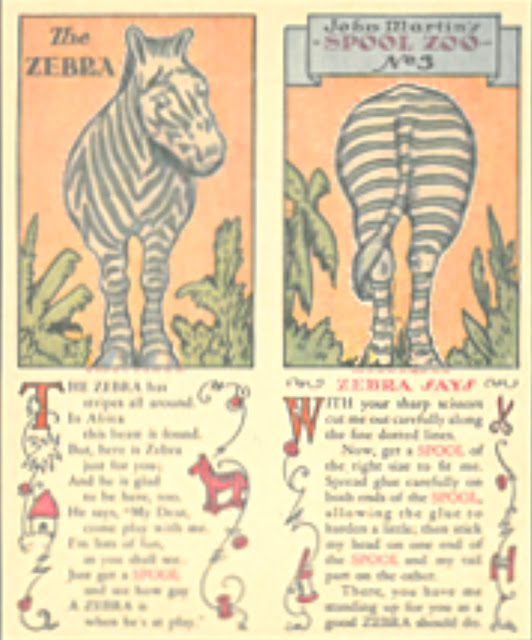 One side of the card contained face and back side of an animal to be cut out and pasted on each end of a spool of thread sized 8, 10 or 12. 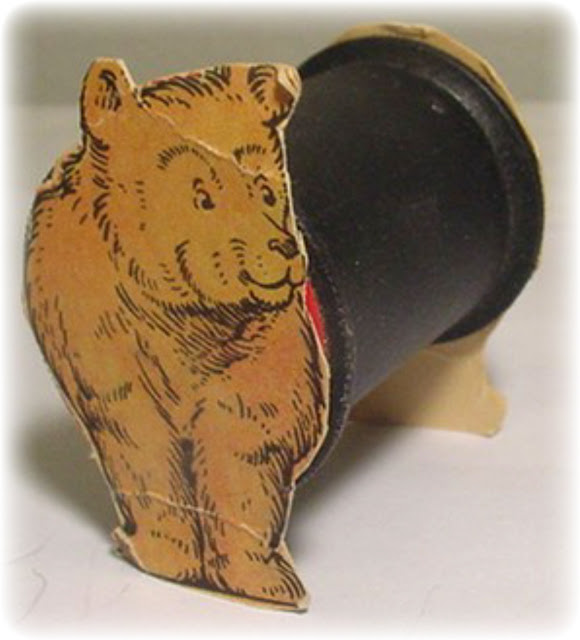 As you can imagine, after the passage of almost 100 years these cards are now extremely difficult to find intact...but isn't that what it is all about...finding that special treasure??
Good Hunting! 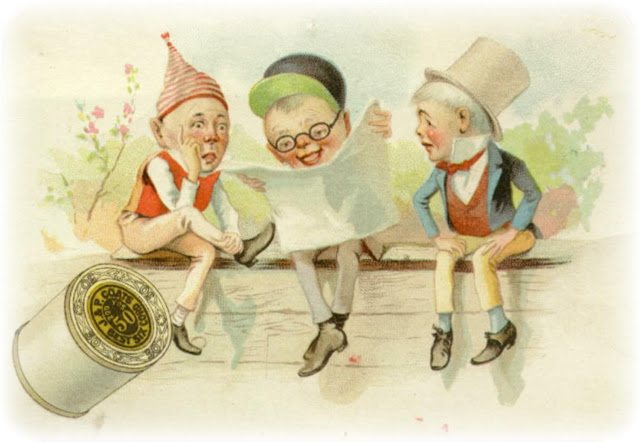