As many of you know well, I am entranced with my research of Chinese items...with most of my study being in children's hats from long ago.

I also find their hair ornaments to be of great curiosity. They are delicate and finely crafted, with of course, layers of meaning through each dynasty.

What I like about them is the reference to nature...I am going to take you back into ancient China and then jump forward to today's world. I think you will get a kick out of what the Chinese are doing now!

According to historical records, the Han Empire Liu Che (156-87 B.C.) loved his concubine Ms. Li very much and one day he took her jade hairpin to scratch an itch on his head. Ever since, hairpins have also been known as "scratching head," and are symbols of the intimacy between two lovers.

Hairpins were used for securing bun or acted as an ornament for bun. It usually came with a single pin. In addition to be an ornament, the hairpin, as told above, was also regarded as a token of love as a poet wrote...

“at dusk the cloud in Autumn is dark.
The river is limpid and deep.
What can be used for communications?
It’s the hairpin of turtle shell engraved with lotus.” 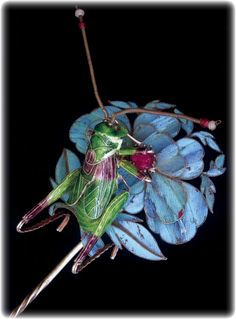 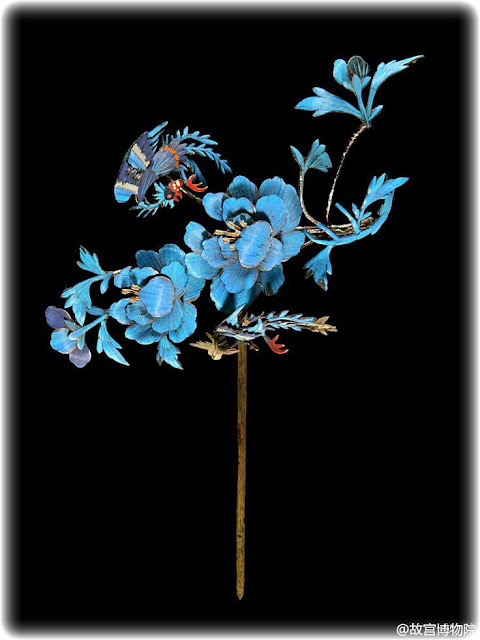 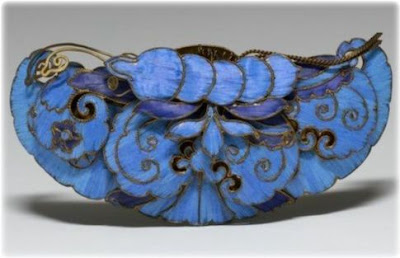 This piece, above, was likely once worn by the empress dowager, the effective ruler of China during the later years of the Qing Dynasty. It is an exquisite example of Chinese decoration and the symbolism used to express one's rank. The brilliant blue feathers of the kingfisher give it an eye-catching quality that anyone interested in being recognized would certainly embrace. 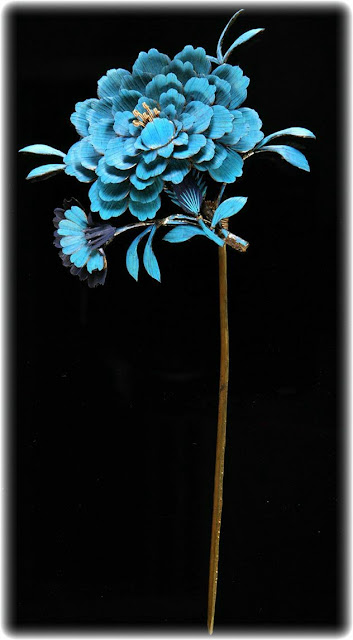 How where they made?

Before the gluing process could begin however, the metal framework had to be prepared. This was done by soldering gallery wire to the edges and surfaces of the metal base, creating partitions defining the motif. The different components would then have been soldered together to make three-dimensional forms, and the feather filaments cut to size and glued in.

The whole process of inlaying with the feathers was called tian-ts’ui, literally ‘dotting with kingfishers'.By all accounts, then, the process was painstaking. Presumably, the labour entailed in producing these ornaments, and collect the feathers, translated into high prices for the consumer. The possession of ornaments made from the feathers of kingfishers would have signified wealth and status.

The Hairpins of ancient China are true works of art that many have fortunately survived. In strict contrast are these whimsical, crafty, and fun hair ornaments...will they survivor centuries, perhaps not but I still find it fascinating of China's love of nature...

Wang Hao, a college student from northwest China wearing a sprig of clover, said while strolling a Beijing street. “Nobody knows what it means, but we do it anyway.”

Some Chinese newspaper reports have suggested the fad harked back to ancient Chinese teachings about harmony with nature... 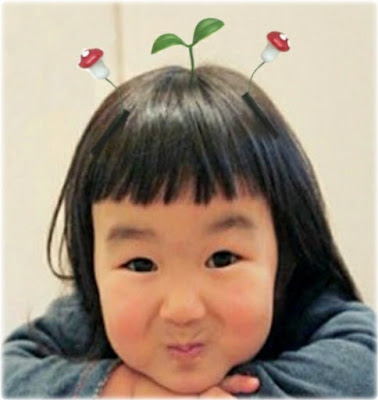 You may think these are for little children only?? 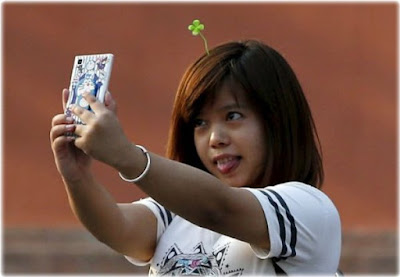 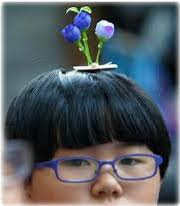 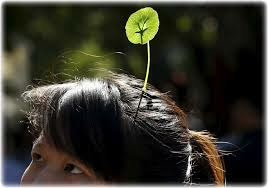 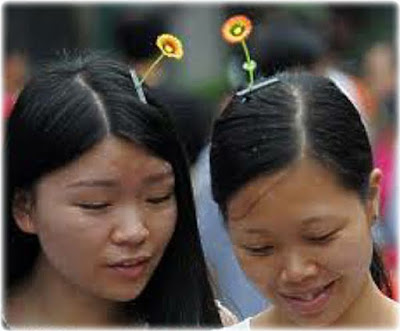 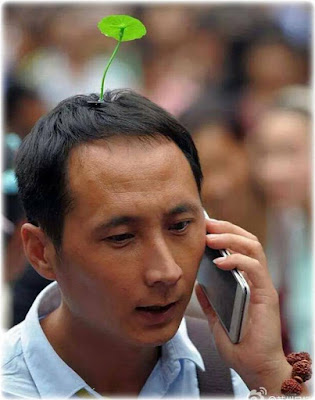 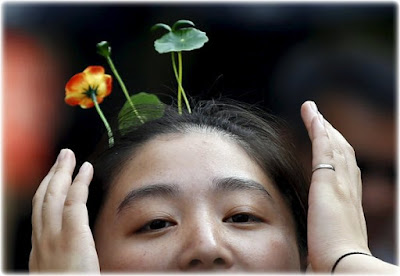 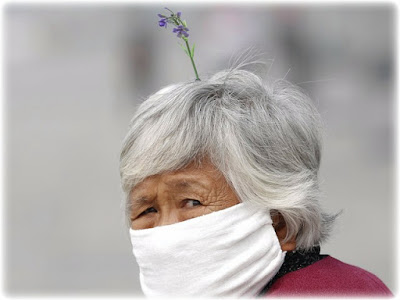 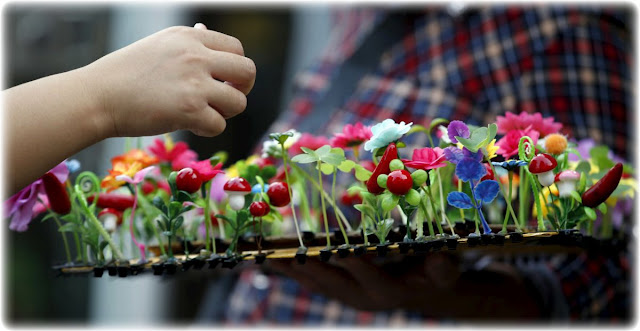 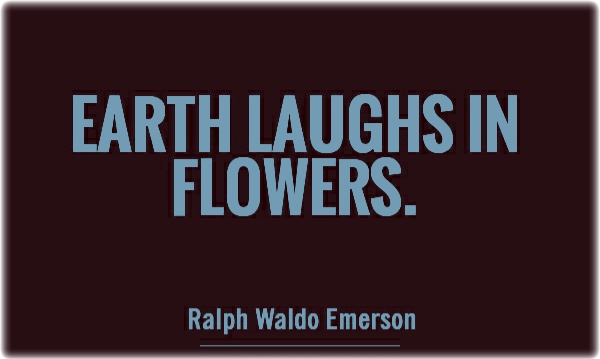 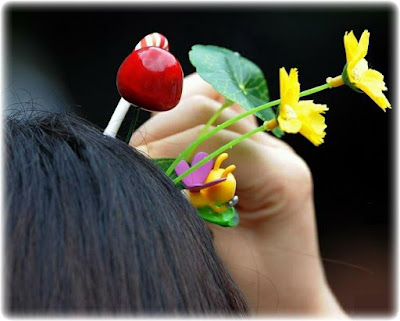