You might be wondering... "What- a Black Cat and Good Luck?"


As many of you know Mark and I have a black cat by the name of Issy...well actually- Isabella Sunshine Conchita Little Havana Brown Molen...and she is every bit of that! Mark and I "adopted" her from the local shelter about 8 years ago. She has brought us so much happiness and we love her dearly. 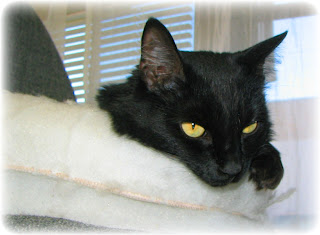 If any of you have (I could say own- but who am I kidding?!) - "have" a black cat, you well know they are a breed unto themselves! This could possibly why they get a bad rap- but there is another side to being a black cat...

In the United States there's a superstition that black cats bring bad luck. But for a much longer time in history and in many parts of the world (like China and The UK), the black cat is actually a symbol of Good Luck.
The Chinese symbol you see on the cat is 'Ji' and means 'lucky'. The Japanese culture holds cats in high regard also..a waving black cat will bring good health to you. 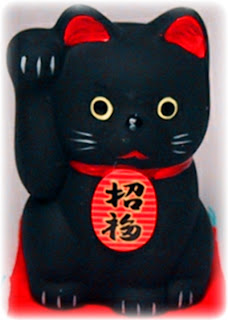 Here are some more examples of black cats and good luck! 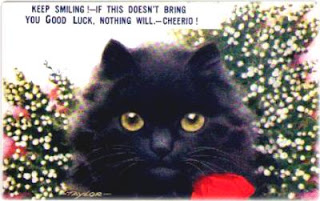 England:
~In Britain and Australia black cats are considered lucky.
~In Yorkshire, England, fishermen's wives would keep a black cat at home to guarantee the safe return of their husbands. 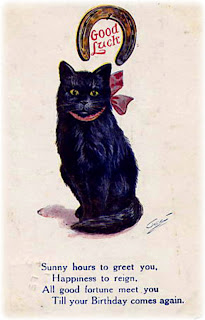 ~If a black cat came into a house or onto a ship, it was considered a good omen. The cat would never be chased away, for fear it would take the luck of the house with it. Seamen avoided saying the word "cat" while on the water, but it was lucky to have one on board, especially if the black cat has no white hairs. To throw the cat overboard would raise the ire of the sea and a violent storm would immediately erupt. Cats were rarely left on an abandoned ship -- they would generally be rescued with the crew. This belief in the luck of black cats caused them to be stolen from their masters. 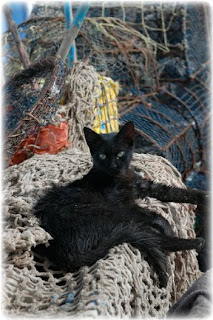 ~King Charles I of England was taking no chances with this phenomena -- he loved his black cat so much he had it guarded. The day after his cat died, he was arrested!
~Black cats were once treated like royalty in the homes of English sailors, who believed that keeping them happy would ensure fair weather when they went to sea. They became so high-priced that few sailors could afford to keep them.

~A strange black cat on a porch brings prosperity to the owner. (Scottish Lore) 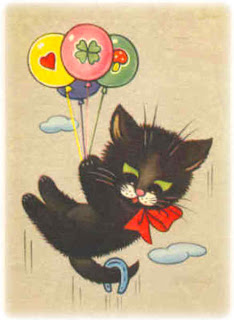 France:
~French peasants thought black cats could find buried treasure if they followed a specific ritual: turn the cat loose at an intersection of five roads and follow him.

~In the south of France, black cats are referred to as matagots, or "magician cats". According to local superstition, they bring good luck to owners who feed them well and treat them with the respect they deserve. 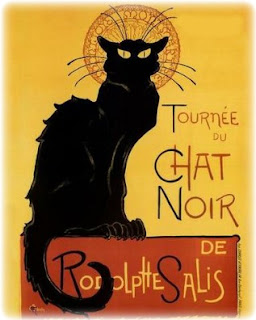 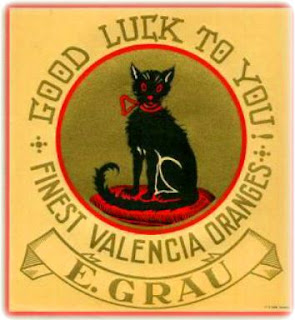 ~African-American folklore tells that black cats are good luck in the sporting and gambling world. Many gamblers will carry a mojo bag or a black cat curio bag -- decorated with a small metal black cat charm on the outside -- filled with a variety of lucky herbs and roots. 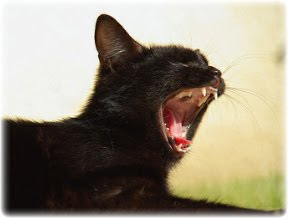