Last week Mark and I were in Cozumel for our annual dive trip. We have been fortunate to take vacations there for over 18 years. During that time we have stayed at the same hotel, The Galapago and now, The Scuba Club, and have become friends with many of the people there. 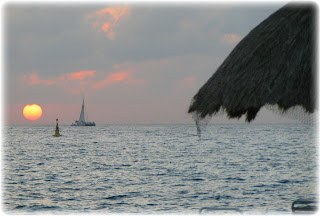 sunset from the dock

For that last few years, two of our dear friends, Juan and Raymudo have invited us to their homes for a visit. Juan was our waiter and Raymundo was our dive master. We have seen them grow in to fine men and have met their families. 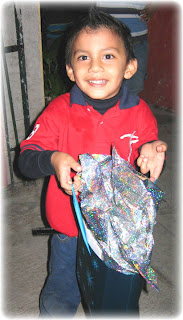 This year, Mike and Candy and Mark and me were invited to Juan's home for his youngest son's, Juan Pablo, fourth birthday. It was very much an honor for us to be invited to this traditional celebration. We all have limited Spanish but that did not stop us from enjoying the festivities! The party was held outside in their side yard. There were chairs lining the walls and at the far end was the prized pinata. 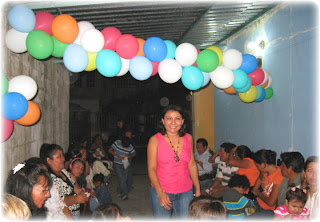 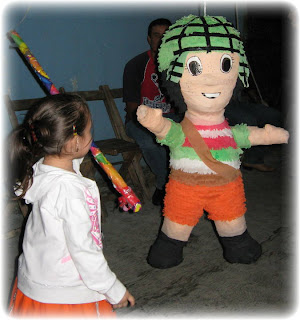 Little one taking her shot!

All the sweet little children would crowd behind the pinata and one woman would pull each child out to take thier turn at hitting it. We, Americans, all marveled at how patient the little ones where in waiting for their shot. 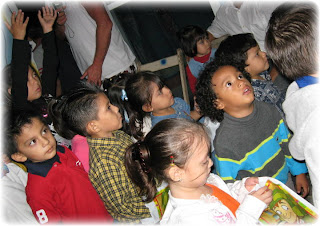 All the audience would sing a song.

After the small ones took a crack at it, the older kids would step in to break open the pinata for it's candy. I found this to be particularly fun- so patiently the kids would wait for their turn but once it burst it was mass mayhem- everyone for themselves. All the children would dive to the ground (which was btw-concrete) grabbing candy as fast as they could! Heads bumped, fingers step on...no one crying...and they were having the best time! Each ending up with a pile of that precious candy! 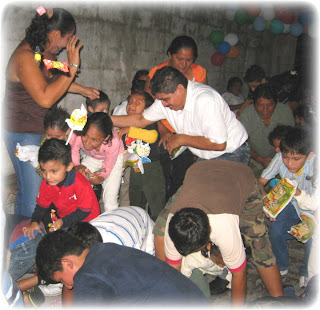 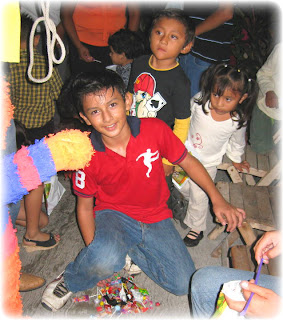 Juan Pablo's brother with his loot
When the party was closing down, our friend Raymundo, gave us a ride back to our Hotel. We had no candy (well ok- except for my husband) but we had big smiles on our faces and a warmth in our hearts that is only when you have shared a wonderful experience with people you love! 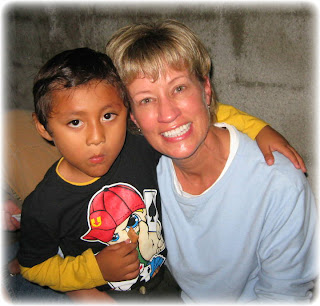