These next series of postings are on how I developed a series of dolls from the Wooden Mexican Santos (Saints) figures...

Objects tell us about ourselves. As we look at their style and symbolism, we can tell a great deal about the artists who made them and about the societies in which artists lived and worked. When we extend our observations by means of techniques that "see" more than the naked eye, we also expand what we can learn. 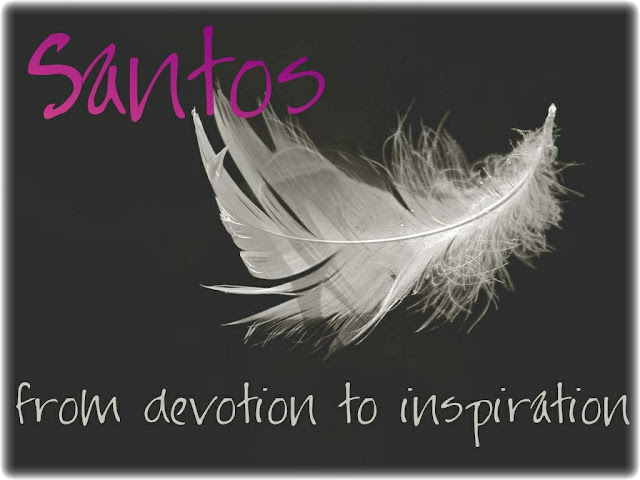 ...and from these wooden figures, I will tell my story...my journey...of how my series of Alma Benita ~ Blessed Soul came to life!
My hope is to share with you how my experiences in my life gave birth to an art form. I believe that if I give examples of my journey, you too, will be able to look at your life experiences and create a piece to share your story- your journey.

Isn't that what art is?  Creating an experience to share? 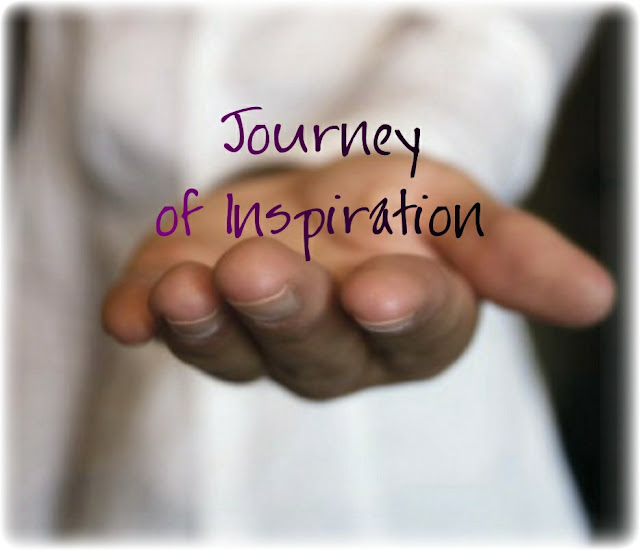 My journey started over 15 years ago, in Santa Fe, NM at the Museum of International Folk Art. Mark and I had attended a doll show there for many, many years and visiting the museum was one of the highlights of our trip. If you like folk art, this is probably the best collection in the world I have ever seen. 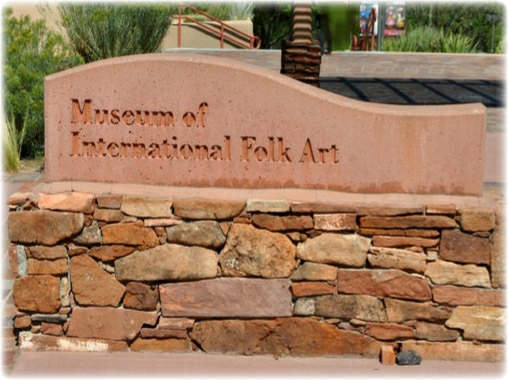 At the time we were there, the museum had a wing of hand carved antique Santos. I was mesmerized with the simplicity of each piece that held so much soul I could almost not move away from each one. I would stand in front of the glass and just take in their beauty and peacefulness.

I would like to take you on this journey by revealing to you a progression in design. From simply carved, to beautifully painted images of the Madonna, to my personal heritage, and finally my interpretation on how all this touched me and prompted me to create my Alma Benita... 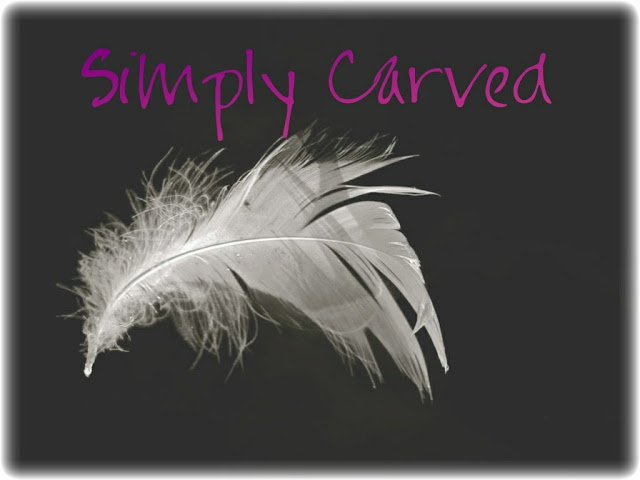 These below figures are not from the musem, but can give you an idea of what a early Santos looked like. 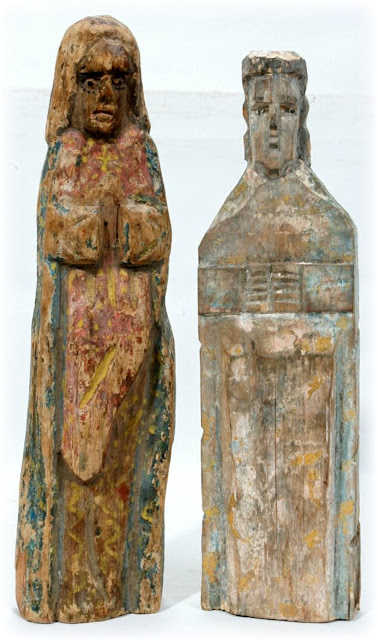 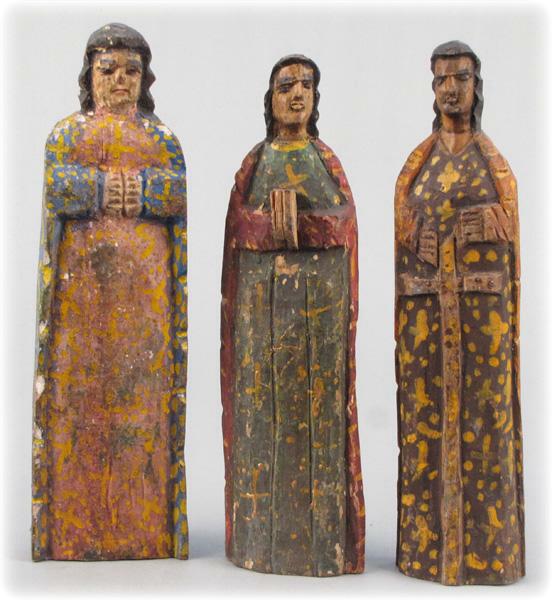 The Santos dolls take their name from the Spanish word for Saint. The Santos that started the genre of dolls primarily Spanish Colonial and Western European style, were originally started as copies of 17th century carvings by priests. Originally, Santos were created for use as in-home altars. They were needed in small villages that did not have a priest.

I especially, love this one below, the general shape of the skirt, the white washed-coloring, the expressiveness of her face.

This below is still simple in shape but you start to see some carving to expand on the basic design.

Santos have been made for centuries, since the early Spanish Colonial era. In the Americas, three main traditions of artisanship - Flemish, Italian, and Spanish - contributed to a distinctly New World style, which blended local expressions and native materials with older imported styles. Today, dedicated artists in Hispanic-American communities are still creating santos, working within an evolving tradition steeped in a rich history but adapting to modern society.

Creative processes: the materials and techniques that artists chose, cultural and traditional influences - become apparent, along with physical evidence of an object's particular history... perhaps your history?