My friend and supplier of vintage Japanese fabric, Judith  of wabisabi wears, brought to my attention the Japanese legend of the Kitsune...the Fox. 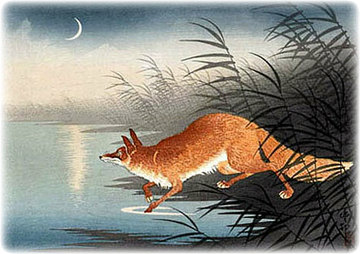 Kitsune 狐 is the Japanese word for fox. Foxes are a common subject of Japanese folklore; in English, kitsune refers to them in this context. Stories depict them as intelligent beings and as possessing magical abilities that increase with their age and wisdom. Foremost among these is the ability to assume human form. While some folktales speak of kitsune employing this ability to trick others—as foxes in folklore often do—other stories portray them as faithful guardians, friends, lovers, and wives. 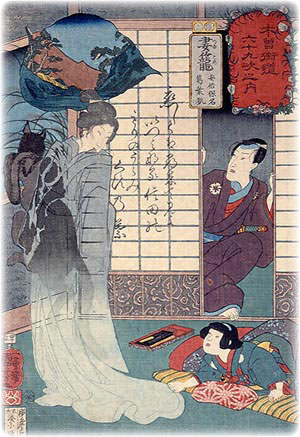 Foxes and human beings lived close together in ancient Japan; this companionship gave rise to legends about the creatures. Kitsune have become closely associated with Inari, a Shinto kami or spirit, and serve as its messengers. This role has reinforced the fox's supernatural significance. The more tails a kitsune has—they may have as many as nine—the older, wiser, and more powerful it is. Because of their potential power and influence, some people make offerings to them as to a deity. 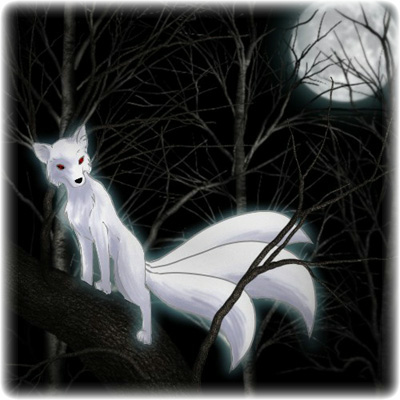 Characteristics
Kitsune are believed to possess superior intelligence, long life, and magical powers. They are a type of yōkai, or spiritual entity, and the word kitsune is often translated as fox spirit. 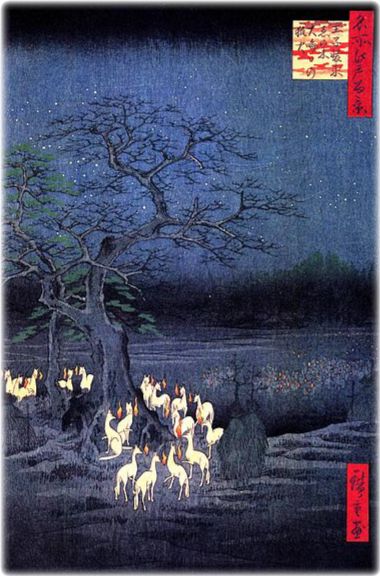 However, this does not mean that kitsune are ghosts, nor that they are fundamentally different from regular foxes. Because the word spirit is used to reflect a state of knowledge or enlightenment, all long-lived foxes gain supernatural abilities. 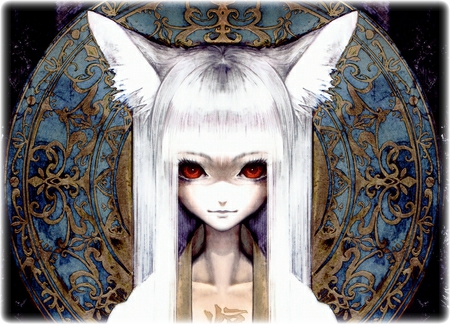 There are two common classifications of kitsune.
The zenko 善狐 literally good foxes, are benevolent, celestial foxes associated with the god Inari; they are sometimes simply called Inari foxes. On the other hand, the yako 野狐literally field foxes, also called nogitsune) tend to be mischievous or even malicious. Local traditions add further types. For example, a ninko is an invisible fox spirit that human beings can only perceive when it possesses them. Another tradition classifies kitsune into one of thirteen types defined by which supernatural abilities the kitsune possesses. 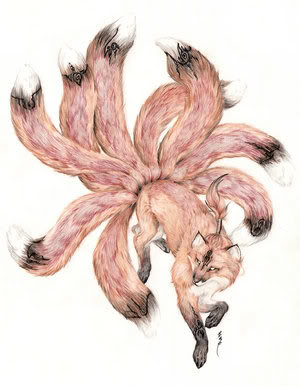 Physically, kitsune are noted for having as many as nine tails. Generally, a greater number of tails indicates an older and more powerful fox; in fact, some folktales say that a fox will only grow additional tails after it has lived 100 years. One, five, seven, and nine tails are the most common numbers in folk stories. When a kitsune gains its ninth tail, its fur becomes white or gold. These kyūbi no kitsune 九尾の狐 nine-tailed foxes gain the abilities to see and hear anything happening anywhere in the world. Other tales attribute them infinite wisdom (omniscience).
Shapeshifting
A kitsune may take on human form, an ability learned when it reaches a certain age—usually 100 years, although some tales say 50.As a common prerequisite for the transformation, the fox must place reeds, a broad leaf, or a skull over its head. Common forms assumed by kitsune include beautiful women, young girls, or elderly men. These shapes are not limited by the fox's age or gender,[ and a kitsune can duplicate the appearance of a specific person.Foxes are particularly renowned for impersonating beautiful women. Common belief in medieval Japan was that any woman encountered alone, especially at dusk or night, could be a fox. 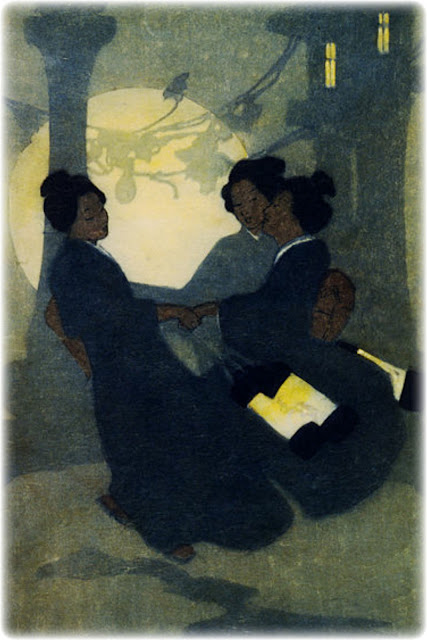 In some stories, kitsune have difficulty hiding their tails when they take human form; looking for the tail, perhaps when the fox gets drunk or careless, is a common method of discerning the creature's true nature. Variants on the theme have the kitsune retain other foxlike traits, such as a coating of fine hair, a fox-shaped shadow, or a reflection that shows its true form. 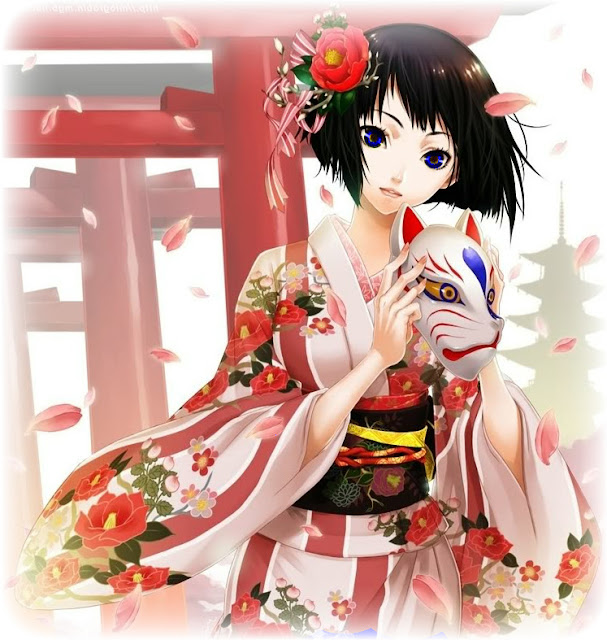 Kitsune-gao or fox-faced refers to human females who have a narrow face with close-set eyes, thin eyebrows, and high cheekbones. Traditionally, this facial structure is considered attractive, and some tales ascribe it to foxes in human form. Kitsune have a fear and hatred of dogs even while in human form, and some become so rattled by the presence of dogs that they revert to the shape of a fox and flee. A particularly devout individual may be able to see through a fox's disguise automatically. 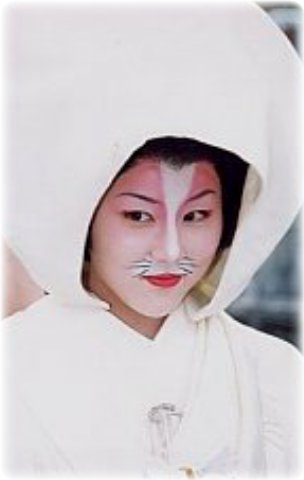 Other supernatural abilities commonly attributed to the kitsune include possession, mouths or tails that generate fire or lightning (known as kitsune-bi; literally, fox-fire), willful manifestation in the dreams of others, flight, invisibility, and the creation of illusions so elaborate as to be almost indistinguishable from reality. Some tales speak of kitsune with even greater powers, able to bend time and space or take fantastic shapes such as a tree of incredible height or a second moon in the sky. 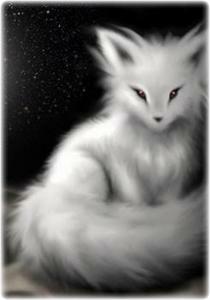