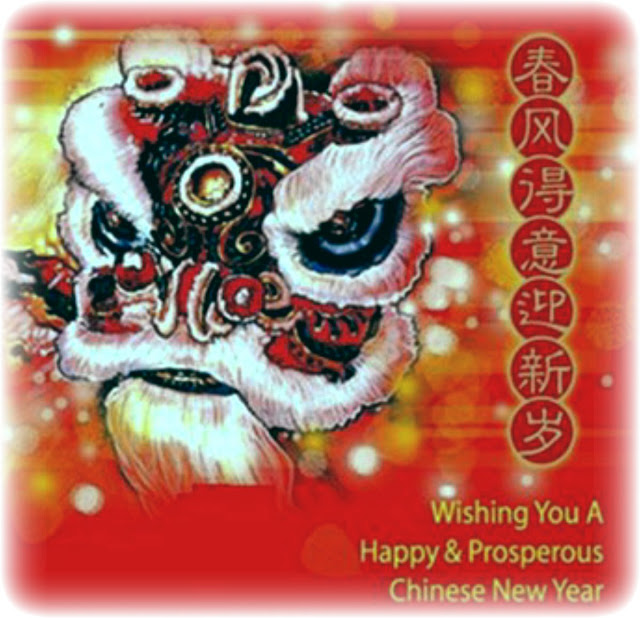 The Dragon symbol of the 2012 year, began on January 23rd, is an intelligent and laborious worker who never puts aside work though sometimes this leads him to excesses. The water Dragon has enough courage to face challenges and easily finds weak points that stand on his way to success. 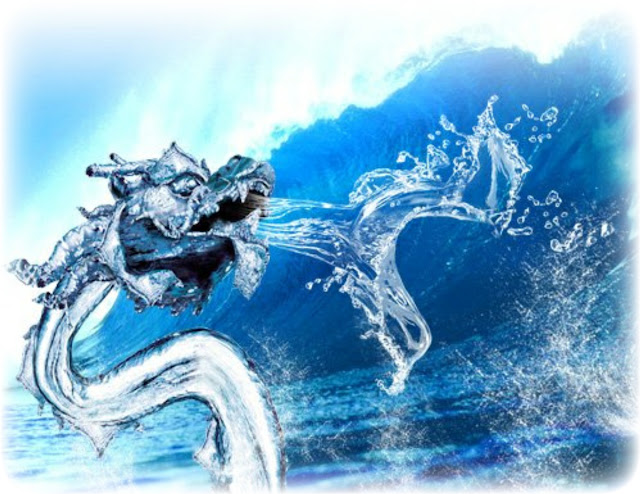 Industries belonging to the wood (textile, media) and earth (property, construction) elements and will see some prosperity in 2012. Metal (banking) and water (shipping) industries will not be as profitable.
Whew!! for me (textiles) and my husband (property-construction)! 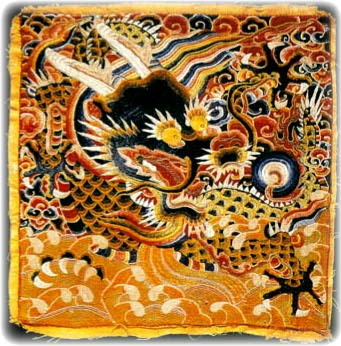 Chinese dragons traditionally symbolize potent and auspicious (attended by good fortune- prosperous) powers, particularly control over water, rainfall, hurricane, and floods. The dragon is also a symbol of power, strength, and good luck. With this, the Emperor of China usually uses the dragon as a symbol of his imperial power. 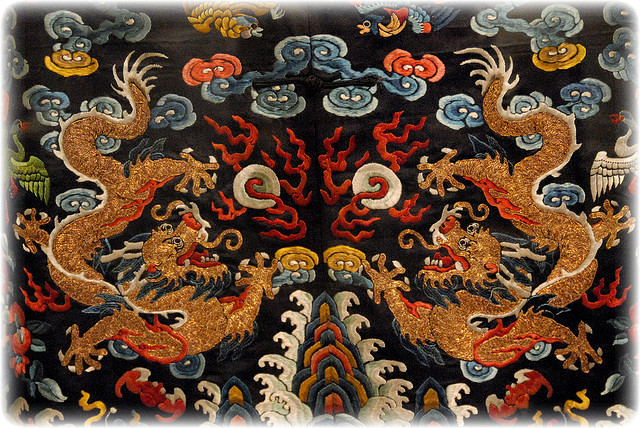 The Imperial Dragon was supposed to be made up of nine separate beings. They were the eyes of a demon, the head of a camel, the ears of a cow, the neck of a snake, the horns of a stag, the claws of an eagle and the belly of a clam. His soles were made of the feet of a tiger and his body was covered with carp scales numbering an odd 117. As a result, each picture of the Imperial Dragon shows a winding twisty golden-red colored fearsome creature that is nonetheless very beautiful to look at.

In Chinese daily language, excellent and outstanding people are compared to the dragon while incapable people with no achievements are compared with other, disesteemed creatures, such as the worm.
A number of Chinese proverbs and idioms feature references to the dragon, for example:
"Hoping one's son will become a dragon" 望子成龍 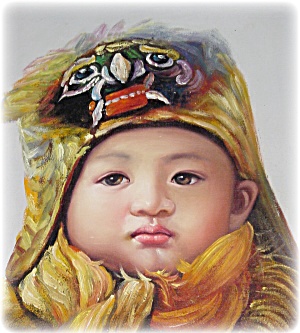 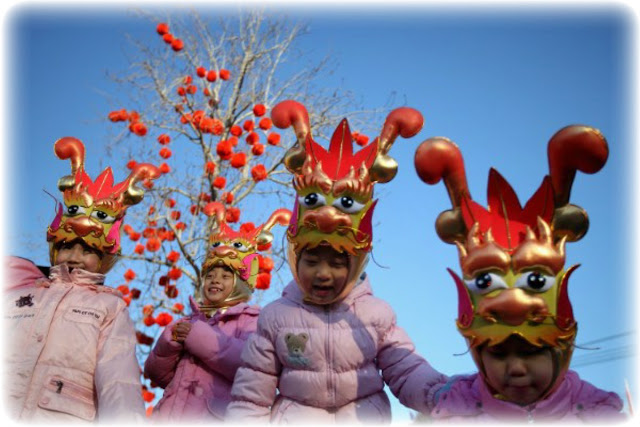 In ancient China, the dragon became a symbol of the imperial hierarchy. At the end of his reign, the first legendary Emperor, Huang Di, was said to have been immortalized into a dragon that resembled his emblem, and ascended to Heaven. Since the Chinese consider Huang Di as their ancestor, they sometimes refer to themselves as "the descendants of the dragon." This legend also contributed towards the use of the Chinese dragon as a symbol of imperial power. 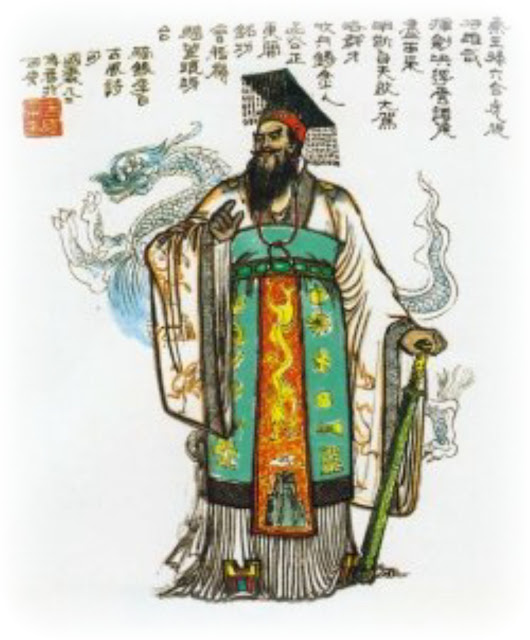 The dragon, especially yellow or golden dragons with five claws on each foot, was a symbol for the emperor in many Chinese dynasties. 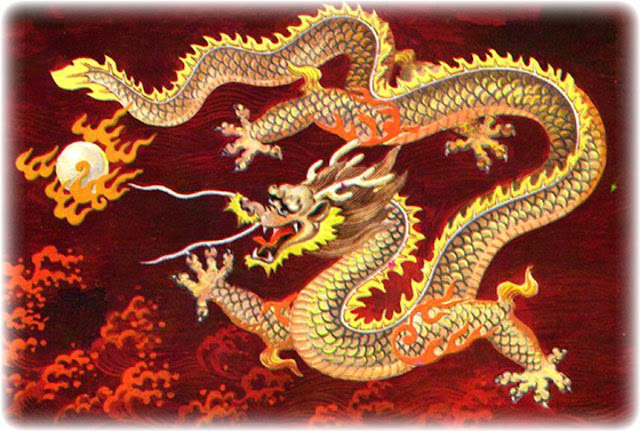 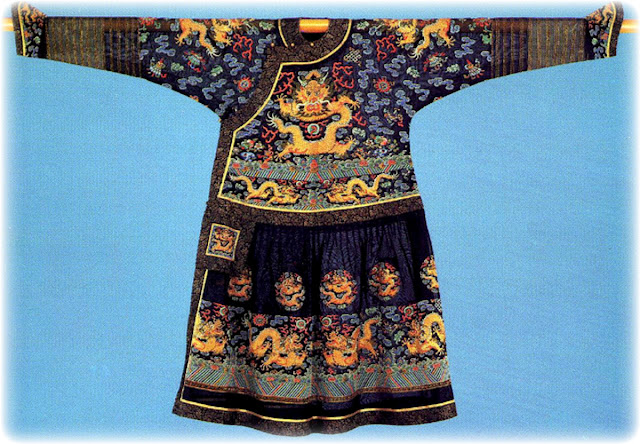 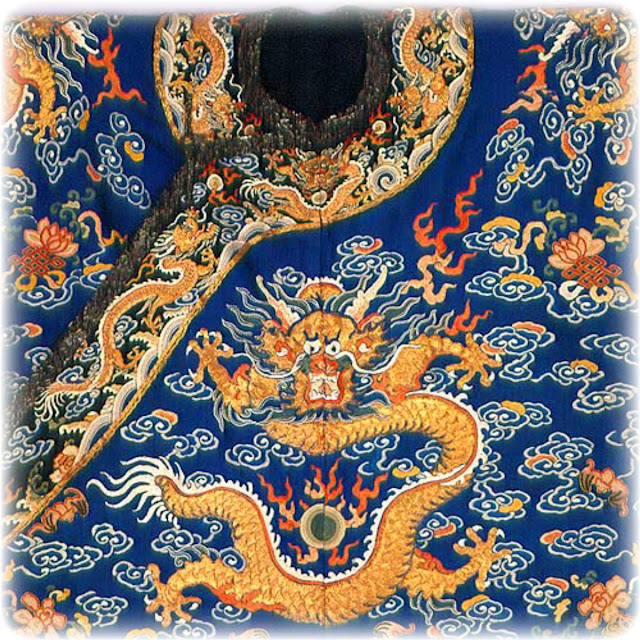 The dragon is featured in the carvings on the steps of imperial palaces and tombs, such as the Forbidden City in Beijing. 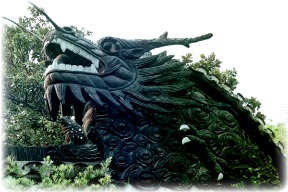 There are nine ways the Chinese have traditionally represented these dragon each one revealing a different dragon characteristic.

May you all have a auspicious
Chinese New Year that
exceeds your every dream! 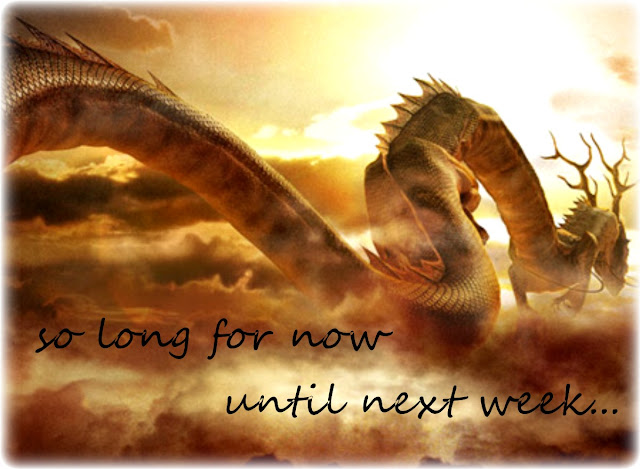 Something New!
I love your questions and comments and they are always welcomed..and I have found most of you like to contact me personally instead of leaving a public comment...so please feel free to use this button... 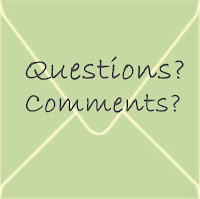